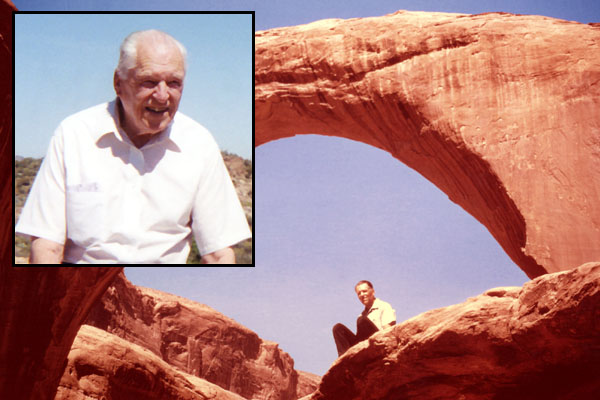 Bob Vreeland is considered by many as the father of modern day arch hunting and documentation.  An aerospace engineer, athlete, and musician, it was his hobby of stamp collecting that introduced him to his first arches when he discovered a few stamps that depicted some. This seemingly insignificant event would pique his interest, leading Bob down a path where he would eventually be considered the world’s foremost authority on natural arches.  Besides having a huge impact on the formation of the Natural Arch and Bridge Society in the late 1980’s, he fathered the modern standard as to how arches are documented. He also produced a series of 25 books, 5 of which have never been published.  These were produced at 250 copies per volume except Arches National Park, which was published at 2,000 copies. Each volume was dedicated to a particular region of the United States.  Interestingly Volume 15, “Red River Gorge Kentucky”, and Volume 16, “The Remainder Of Kentucky”, are included in the books that were never published.  The World Arch Database claims to have acquired some of the unpublished volumes.  Bob’s published volumes can occasionally be found for sale online for around $30.

If you are interested in some more in depth reading about Bob Vreeland, check out these two articles on the Natural Arch and Bridge Societies Website.

If you are a member of NABS, you can check out Bob's volumes in their member's only section of their website. 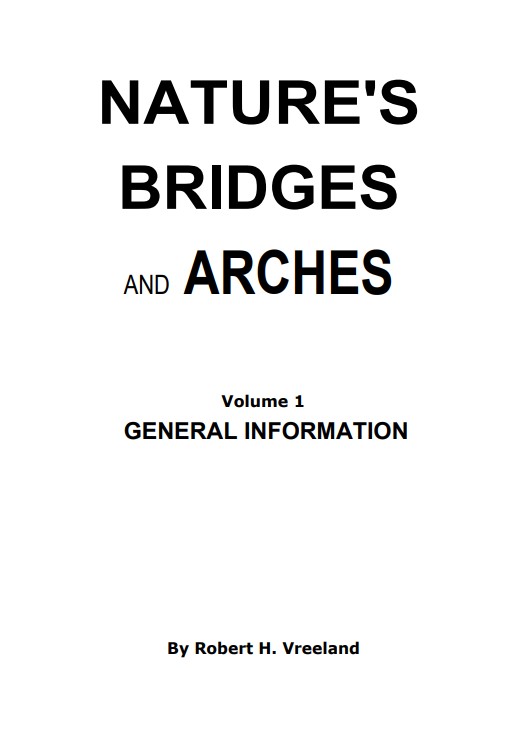 Bob circa 1939 while at the University of Michigan

Below is Bob's obituary as it appeared in The Arizona Republic on Sunday, May 15, 2005.

Robert Hydon Vreeland, Engineer, geologist and musician, passed away in Mesa on 5-13-05.  He was 88 years old.  Mr. Vreeland was born in Denver, Colorado, on February 11, 1917.  He was the first child of Edwin Dean Vreeland and Ruth Hydon Vreeland.  Robert spent his youth in downriver Detroit, graduating from Lincoln Park High School in 1934 after taking college preparatory courses.  There he studied music under Louis Finlay of Detroit.  He then earned a bachelor’s degree in engineering from the University of Michigan.  During World War II he served in the U.S. Army as a mechanical engineer at the Engineer Board at Fort Belvoir in Virginia.  He then earned a master’s degree at Stanford University.  Later he was awarded a Hughes doctoral fellowship at the University of Southern California.  As an aerospace engineer his specialty was the structural analysis of flight vehicles, working on many from the OS2U Kingfisher to the Skylab, including the F4U Corsair airplane, the MARCAS III Missile, and the Space Shuttle.  He retired in 1979.  As a geologist he was considered the authority of natural bridges and arches in the U.S.  He published 21 books on the subject.  Also, Mr. Vreeland played in the reed section of many big dance bands.  In addition, he started waterskiing in 1937, building his own skis and winning many trophies and gold medals.  He was a member of the professional team at Arizona Ski Springs in Gilbert.  Survivors include his daughter, Gloria Weidenbener of East Mesa; his two sisters, Elizabeth Collings of East Tawas, Michigan, and Dorothy Mason of Sun City Center, Florida; two grandchildren; and four great-grandchildren.  Funeral arrangements were handled by Bunker’s Garden Chapel, Mesa, AZ.  Interment took place at the National Memorial Cemetery of Arizona.